Preventing and Countering Violent Extremism: Stories from the EU’s work around the globe

Preventing and countering violent extremism (P/CVE) is a crucial aspect of the European Union’s approach to counterterrorism. Through its P/CVE initiatives the EU aims to foster peace, stability and security – around the globe, but ultimately also for European citizens. As violent extremism in one part of our interconnected world can easily have spill-over effects elsewhere, European security requires concerted efforts by a broad coalition of organisations at different levels.

The EU’s strategic approach to P/CVE will continue to be centred around cooperation and multilateralism. The EU will continue to cooperate with both large international organisations such as the UN, the Global Counter Terrorism Forum and Interpol, as well as with a multitude of smaller civil society actors. It will complement policy initiatives such as the Women, Peace and Security Agenda and the Youth, Peace and Security Agendas as well as national and regional policy agendas in EU Member States, Third Countries, the European Neighbourhood and partner countries. With growing urban populations around the world, the EU also looks to empower cities to play a more prominent role in P/CVE. It also hopes to enhance cooperation with strategic and like-minded partners in the private sector.

In the coming years, the EU aims to expand its position as a global peace and security actor, leading the way in setting global standards. In its efforts to tackle the structural economic, political and social grievances that can fuel extreme thought, the EU will continue to place a strong emphasis on democratic principles, the rule of law and good governance. Human rights and international humanitarian law will also continue to be a common thread in EU actions, with a particular focus on gender equality and youth.

The EU also looks to consolidate its role as a leader in building academic research on violent extremism and radicalisation. It will be a continued priority of EU-funded projects to add to the publicly-available knowledge base, exploring theory to support practitioners on the ground in reacting quickly to evolving situations and developing innovative approaches – all in a well-founded and well-reasoned way. At the same time, increased attention should be given to concrete effects on the ground, to further understand what works, foster knowledge exchange and showcase the small andlarge positive impacts created by the EU’s actions.

Perhaps the most important cornerstone of P/ CVE actions will continue to prioritise supporting the local – local actors, local capacity and relations, and listening to the local context to inform overarching approaches. The European Union wants to keep supporting grassroots initiatives by providing the tools and resources that are needed for communities that want to become more resilient to violent extremist discourses. The stories in this publication feature people from different backgrounds and ages and in many different parts of the world. If there is one thing that unites them, it is that they are writing and rewriting their own stories: strengthening their voices to make a positive change to their lives and their communities. 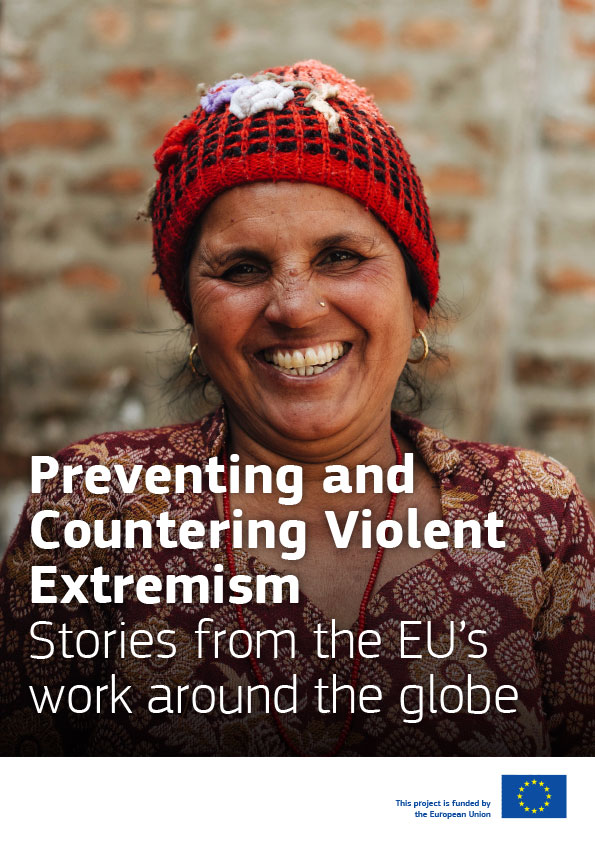