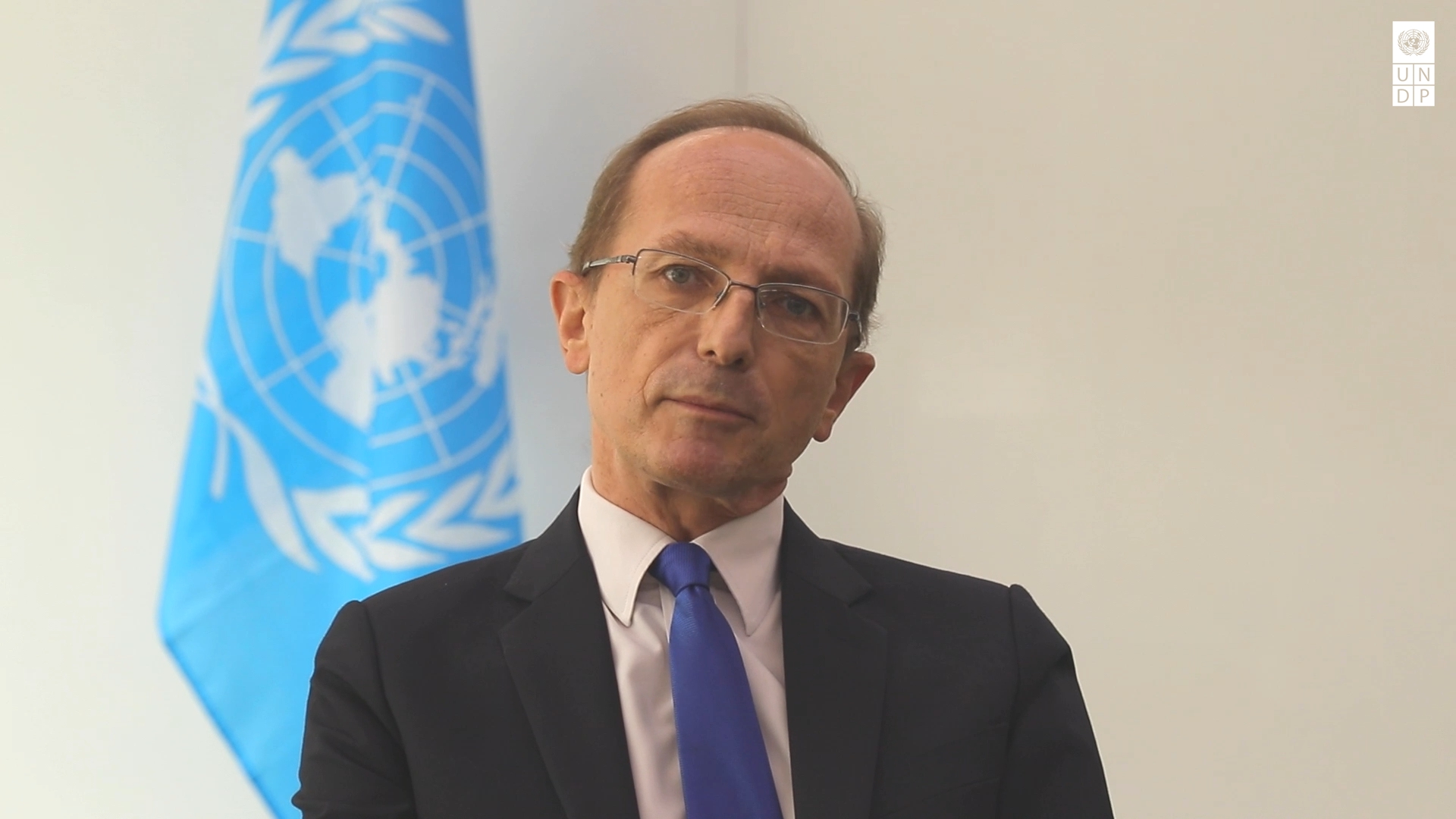 Deputy Regional Director for UNDP in Asia and the Pacific, and Director, Bangkok Regional Hub

Mr.  Christophe  Bahuet  (France)  has  been  appointed  as  UNDP  Deputy Regional Director for Asia and the Pacific, effective 1 October 2020. From  January  2019,  he  has  been  UNDP  Resident  Representative  in Indonesia, and Country Director in the same country for the period 2015-2018. His earlier assignments with UNDP included China, Vietnam, Ghana, Uzbekistan and Ukraine. Mr. Bahuet also worked in UNDP Headquarters in New York, in the Evaluation Office and then in Partnership Bureau. Prior to joining UNDP, he was posted in the French Embassy in Yugoslavia. 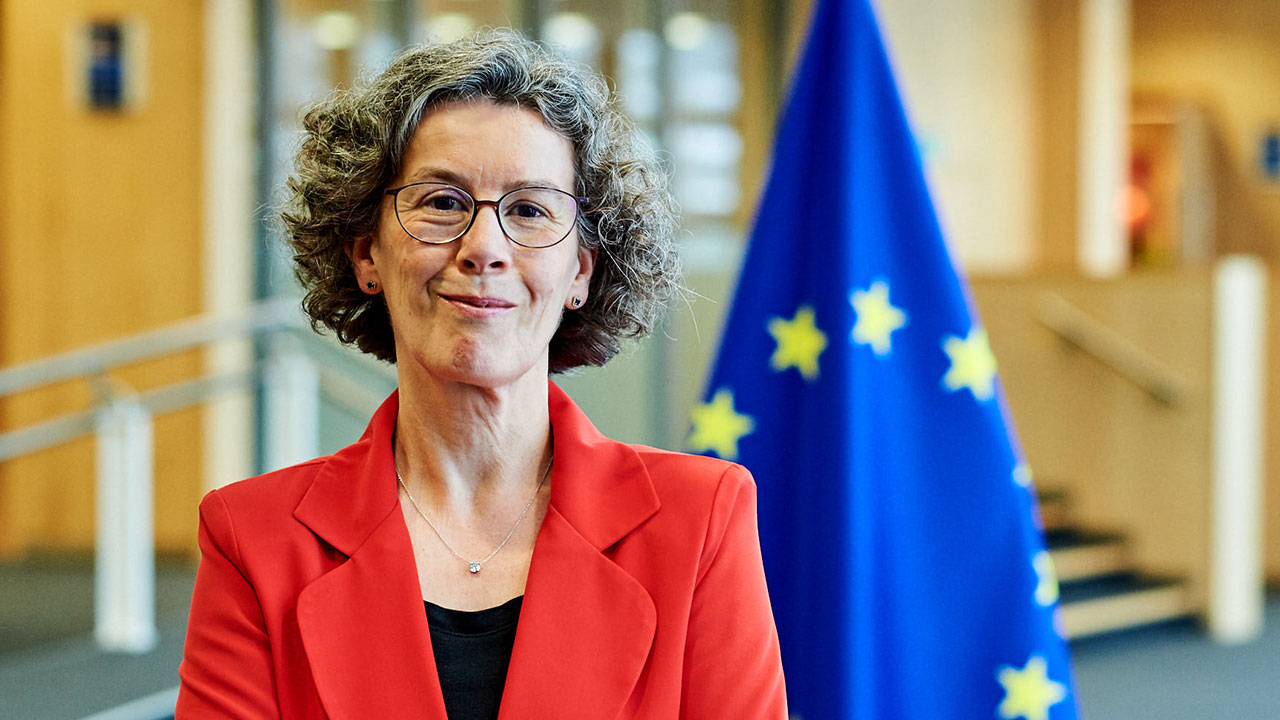 We live in challenging times. Radicalisation and violent extremism are putting societies across the globe to the test. While each situation is unique, we need to join forces to address these challenges. Together, we can achieve better results. Doing things better together brought peace and prosperity to the peoples of the European Union. Doing things better together is why we joined forces with UNDP on the Entry and Exit Points initiative. We are proud to share with you testimonies from this extra-ordinary project.

This exhibition brings us the stories from women and men, girls and boys. They could be our mothers or fathers, sisters or brothers. They are people just like us. Violent extremism crossed their path.  They dealt with it, each in their own way.

These stories show us suffering, but bring also hope. They show how tolerance and respect for diversity can make the world a better, more beautiful place.

I hope this exhibition will inspire you.

Hilde Hardeman is the Director and Head of the Service for Foreign Policy Instruments at the European Commission. She has spent over twenty years working for the European Commission, covering external relations and economic and competitiveness issues.  Hilde holds a PhD in Slavic Philology and History of the University of Leuven after studies at Leuven, Stanford University, Paris, Moscow and Amsterdam.

Violent extremism in South-East Asia remains a significant but not insurmountable challenge. Understanding how conflict, violence, identity, human rights and extremism are enmeshed offers an entry point for states to better understand and respond to this problem.

The Portraits of Violent Extremism exhibition is part of UNDP’s Entry and Exit Points: Violent Extremism in South-East Asia, a flagship publication that investigates factors that contribute to violent extremism in South-East Asia, and the actions required by states to prevent it. Policies and programmes from the government level can overlook the fact that state actions can contribute towards an environment conducive to extremism. The Entry and Exit Points report is based on a thorough document review and on more than 200 interviews of key informants in South-East Asia including activists, analysts and government officials as well as protagonists such as convicted terrorists, insurgents, negotiators, peacebuilders, and security forces.

In addition to background research and interviews, a number of case studies of people affected by the issues discussed in the report have been included. Through highlighting the intimate stories of survivors, former terrorists and extremists, refugees, and returnees from ISIS’ caliphate in Syria, these stories are intended to help personalize the data, research, and citations. Overall, both the exhibition and associated report show how states and the international community must incorporate development approaches to successfully prevent violent extremism rather than relying on overly securitized responses. 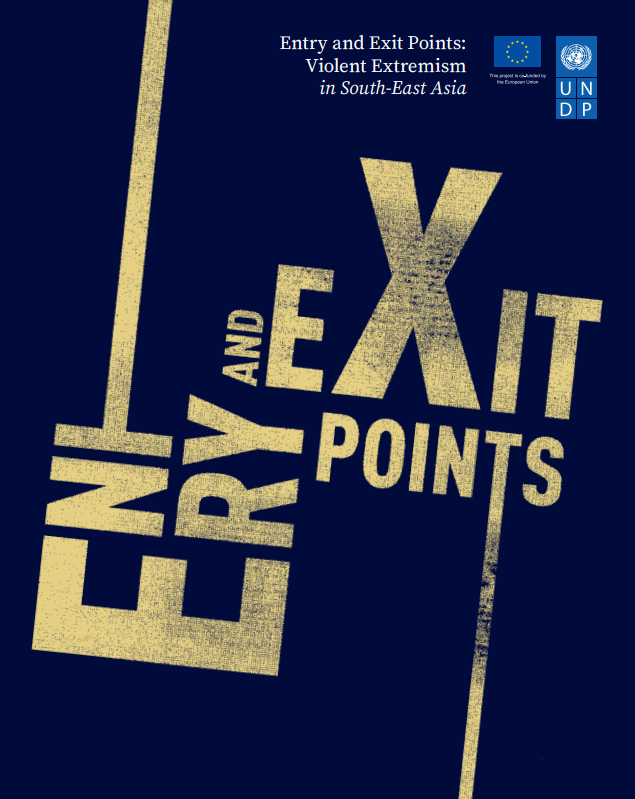 Entry and Exit Points: Violent Extremism in South-East Asia investigates the factors that contribute towards violent extremism and the actions governments can take to prevent it.

In this UNDP-European Union co-funded study, the role of the state is examined through empirical research conducted across five countries as well as interviews providing personal accounts of those impacted by violent extremism.